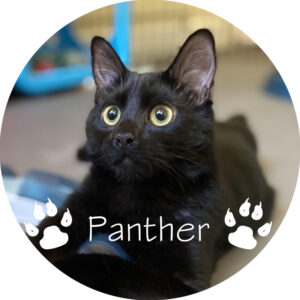 Panther is a handsome young man with a vivacious spirit and a heart of gold despite all of the challenges that 2020 threw his way, and now he’s determined to make 2021 his best year yet. At just 6 lbs, Panther’s big personality perfectly complements his small stature. This charming dude is a social butterfly who insists on morning belly rubs and nightly snuggle sessions — non-negotiable! If he’s not curled up in your lap, you’ll likely find him perched by sunny window, zipping around with his feline friends, or blissfully batting around some of his favorite toys in quiet solitude.

While he’s happy and carefree now, Panther’s first year of life was not an easy one. When he was just a few months old, a mundane jump from the couch resulted in a mysterious broken leg. By the time he was five months old, he had fractures in all four of his legs and was eventually diagnosed with secondary hyperparathyroidism. This is a rare condition that caused a severe calcium deficiency in his bones, resulting in folds and fractures from routine kitten activities. Panther’s disease is now well-managed with a twice daily pill, which he takes easily without complaints. The fractures in limbs have all healed, and the medication he takes has successfully prevented any new injuries, so he can now run, jump, and play just like a kitten should. He will need to remain on this medication for the rest of life and will require regular vet visits to monitor his condition.

Panther loves both people and other cats, so he would do well in a home with another friendly kitty to run around with, but he would be just fine being the center of attention too! Ultimately, he just wants a loving home that is ready to reciprocate all the affection he will give and is committed to ensuring he has a healthy, happy life for all his years to come. 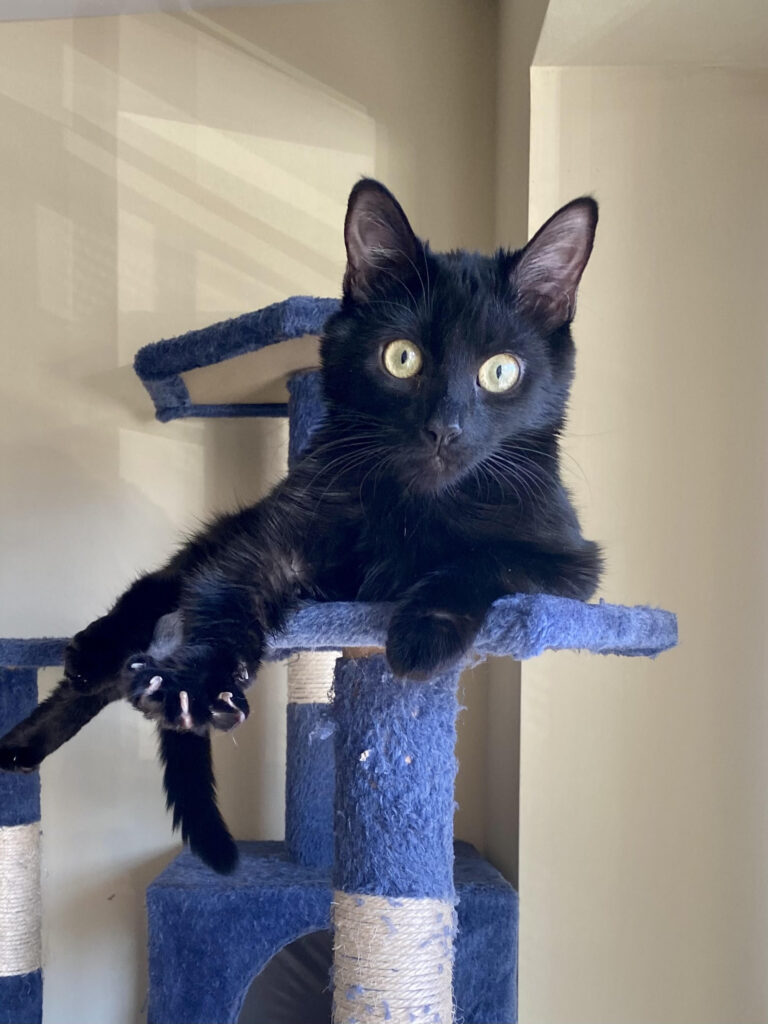 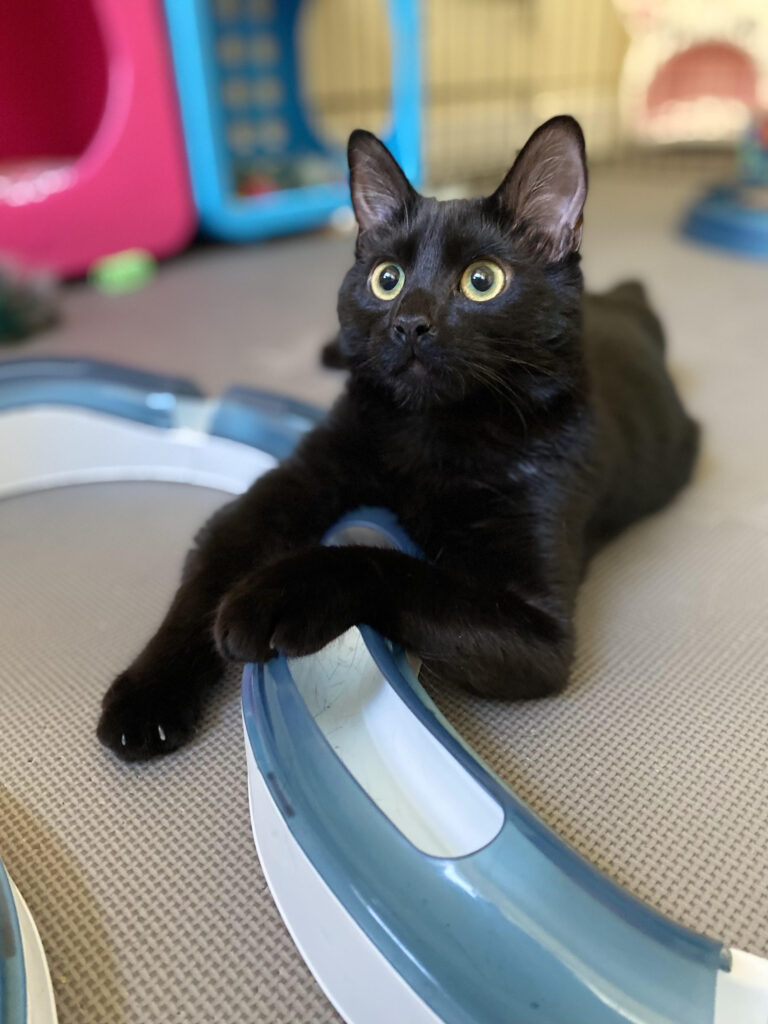 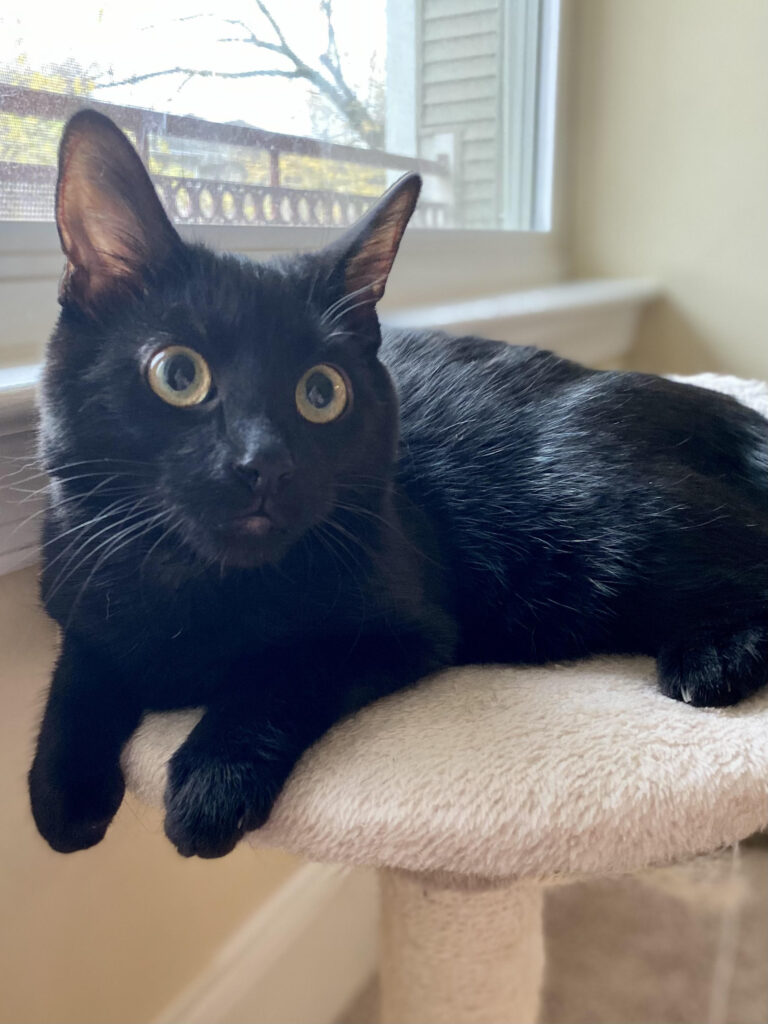 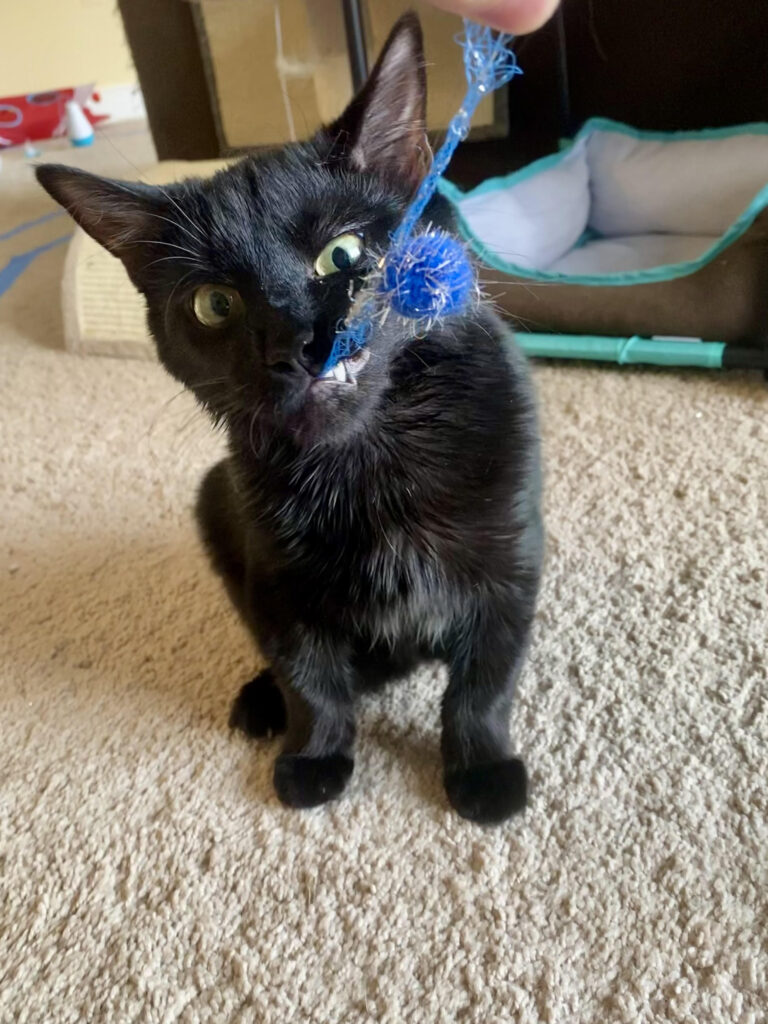 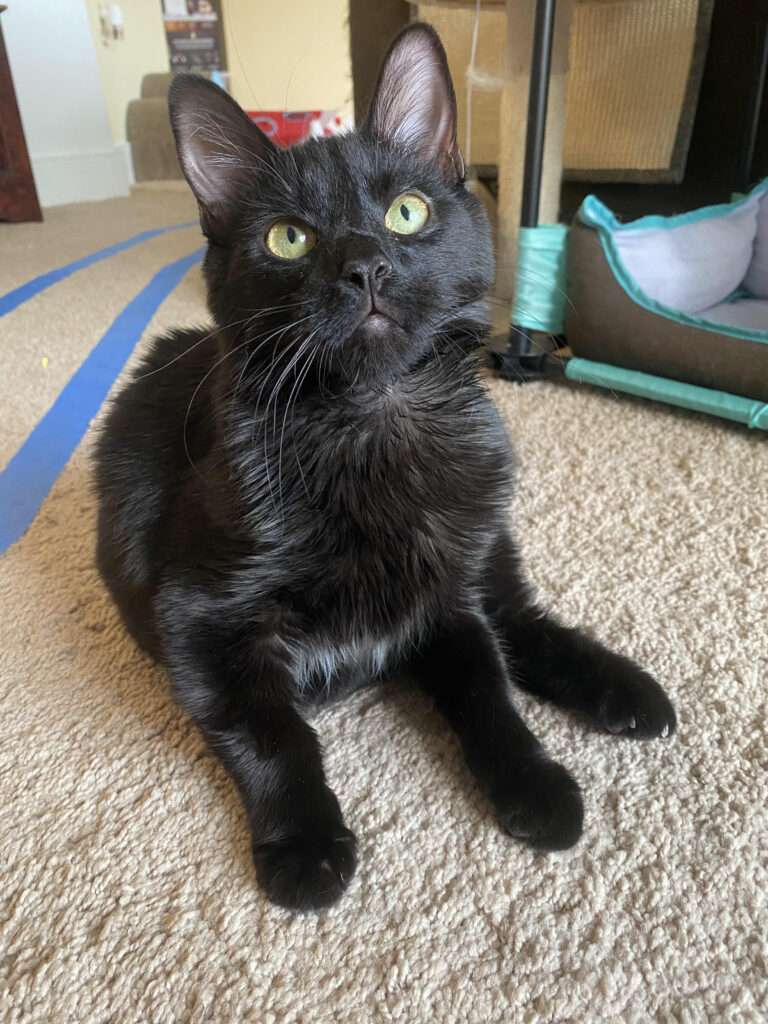 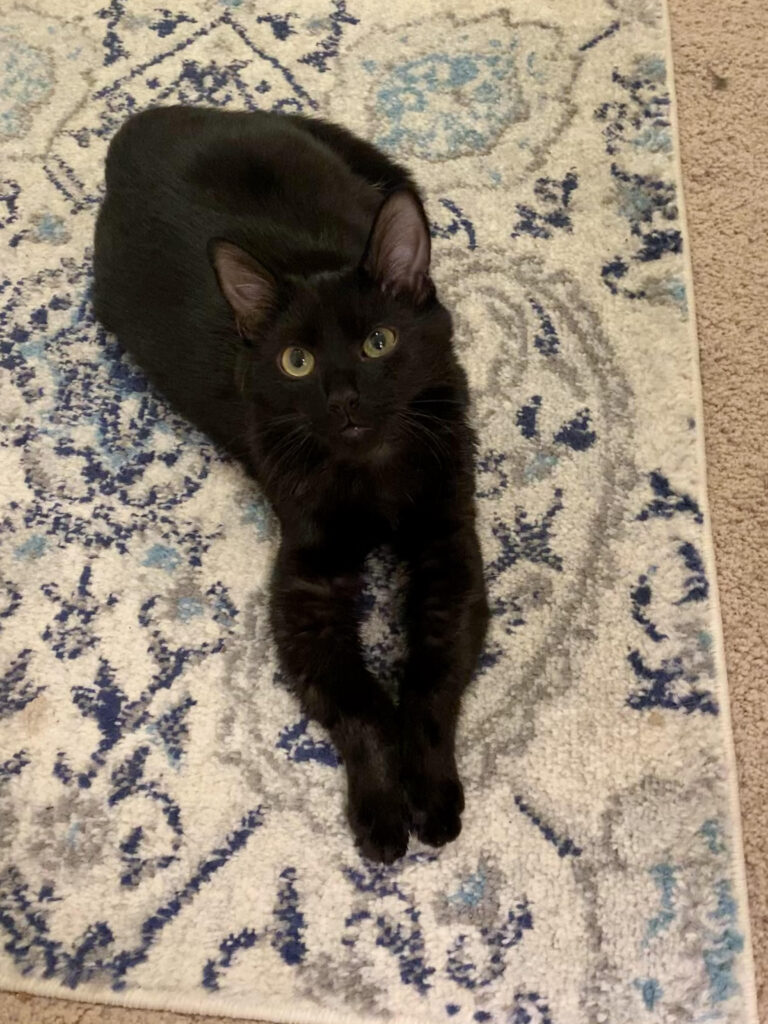